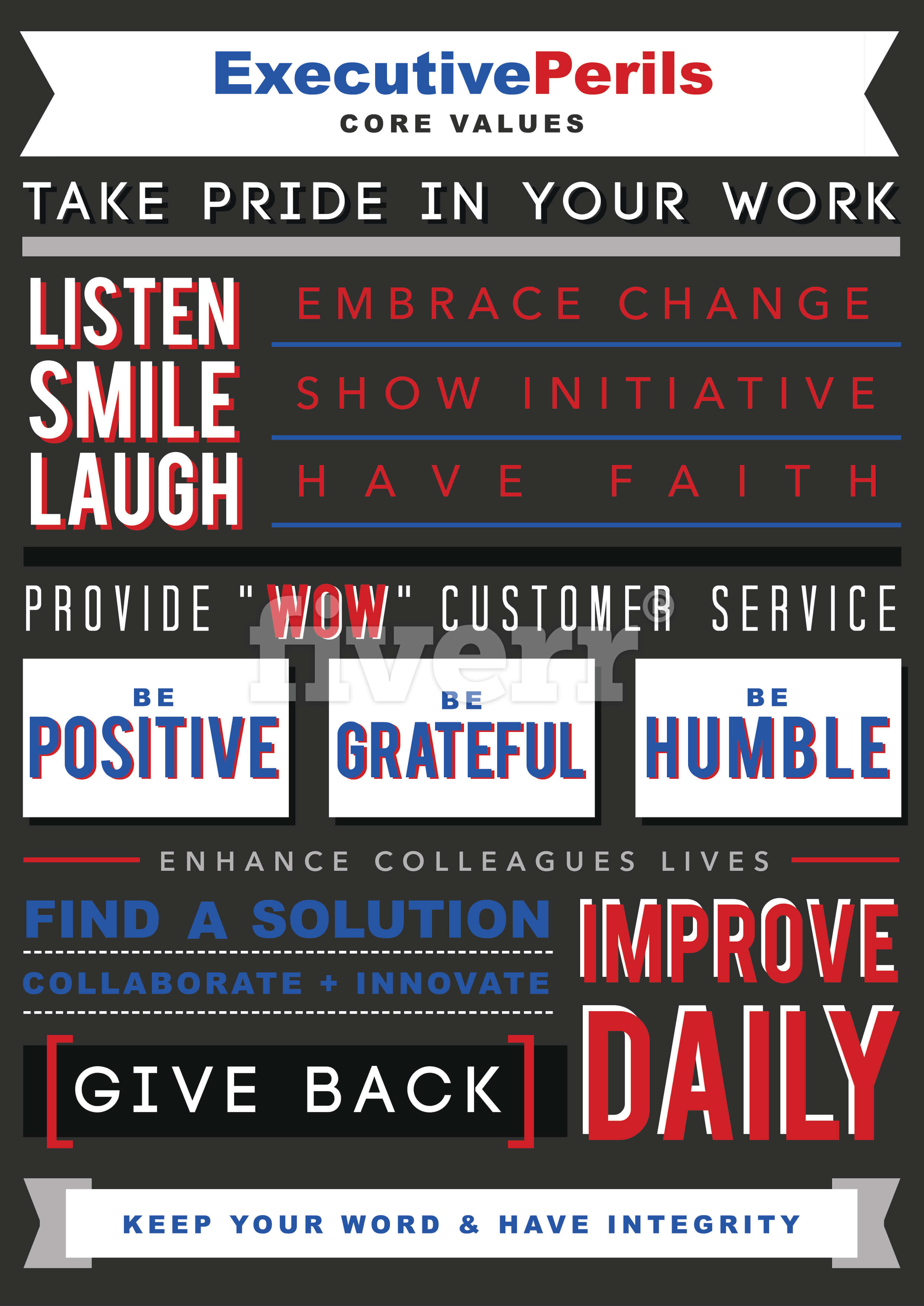 Directors’ & Officers’ Liability insurance had its origins in the 1930s after passage of the Securities Exchange Act of 1933 and 1934, which constituted the first effective legislation of US securities laws on the federal level.

It was not until the mid-1960s that the exposures to individual directors and officers as opposed to the corporate entity, began to get attention and the ‘modern’ era of D&O insurance began.  The 1960’s represented a time of corporate mergers and consolidations unlike anything before seen.

Mergers and acquisitions started again in the early 1980’s this was the day of hostile takeovers, greenmail, and proxy fights.    It was also the period known as the “S&L Crisis”.  By the 1980s, D&O insurance for public companies was no longer a discretionary purchase but a mandatory one.

In the 1990s, D&O underwriters experienced the “Tech Bubble” collapse.  At the time, this was the most significant D&O frequency and severity ever experienced. The claims’ dollars were extra-ordinary. It was also the time that an age old D&O problem was “solved”.

Frequent and protracted allocation (between insureds and insurers) litigation offen in some unfavorable results for the insures. Since the beginning of D&O insurance there has been the issue of “allocation” between covered and uncovered loss. There was never a happy ending when resolving allocation. The most famous litigation that ultimately changed D&O insurance forever was the Nordstrom v. Chubb (820 F. Supp. 530 (W.D. Wash. 1992). Almost immediately insurers began offering 100% allocation on securities litigation for an additional premium (insureds had the option to choose the percentage). Within months, all insurers were offering the “100% allocation” built into the premium. For additional information on D&O history:   D&O History)

D&O policies are written as claims made and reported. Significant concern needs to be directed at

Today’s D&O insurance market has over 65 insurers, each with different policy language, and some have industry specific policies, such as healthcare, private equity, etc.  Limits of $300 million  plus are available for the Fortune 500 companies. Insurers writing D&O are based in USA, Bermuda and Europe. 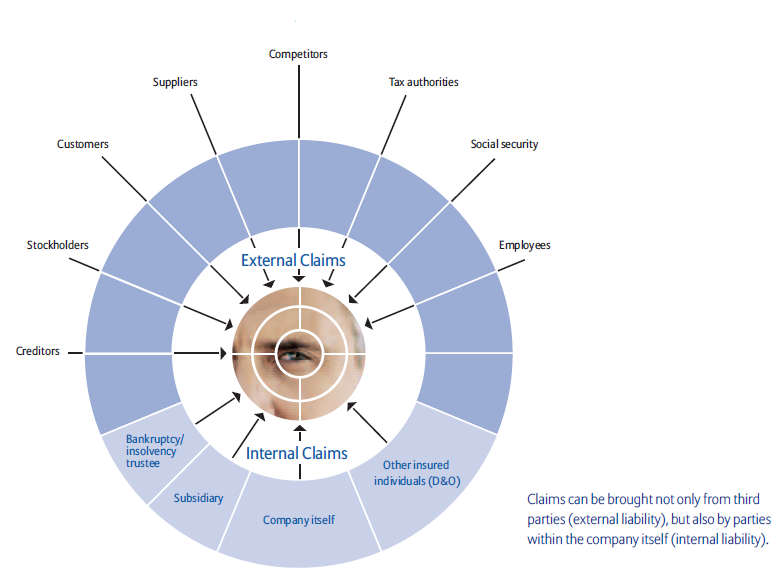 Description:
No matter which coverage you seek be it public, private or nonprofit, every D&O policy has at least three insuring clauses: 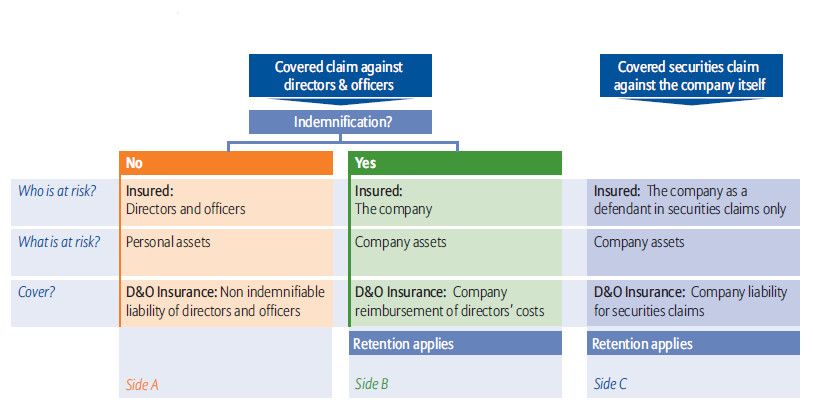 Claims' expertise and advocacy is an important part of your wholesaler’s contribution. Let us walk you through a typical claims settlement

We thought you like to see the structure of one of the largest D&O claim payments ever—ALL $350 million. A total loss 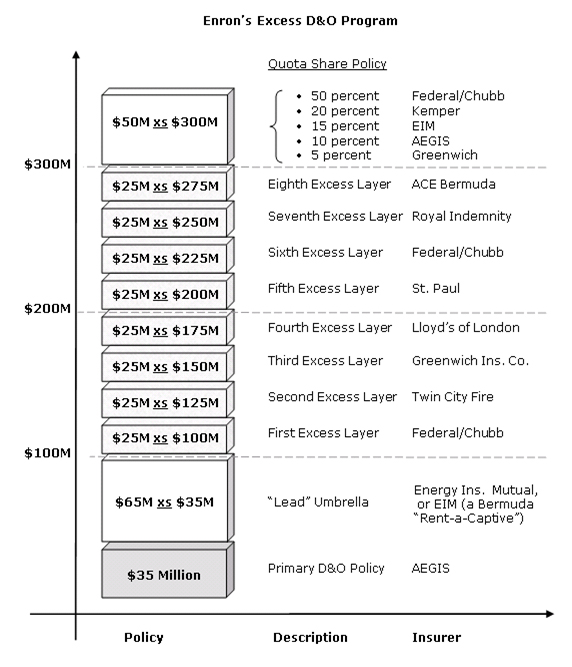 “Please see polic(ies) and endorsement(s) for exact terms, conditions and exclusions.  Each insurance company has its own policy language.  We encourage you to seek legal advice prior to securing any insurance."